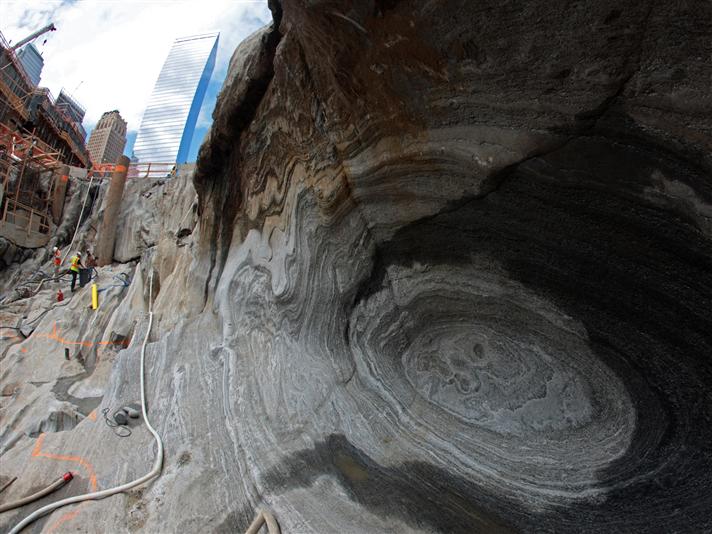 Consistent Surface Fires in the WTC pile did not exist after the third day. Supposedly fires raged ‘underground’ under several inches of powdered concrete. Physics/logic dictates that fire must be supplied Oxygen to burn. Fuel will not burn without oxygen. Basic logic/physics/fire prevention predicts that covering a fire with dirt puts out the fire by cutting the supply of oxygen. Based on the evidence and experience Dr. Cahill states several times that the WTC pile is ‘Oxygen Poor’, notes Anaerobic = without oxygen insights, AND ‘Chlorine Rich = LARGE amounts of Chlorine. Hmm, oxygen poor that doesn’t sound like a good mix for a ‘fire’ that is going to be so hot it makes molten metal – most likely scenario – steel (complete BS even in a real fire). But, there was lots of Chlorine. I bet Chlorine must take the place of Oxygen and let fires burn? To see chlorines effects on fire see this link on how Halon Fire Extinguishers work http://www.sciam.com/askexpert_question.cfm?articleID=00022345-5BB8-1C72-9EB7809EC588F2D7&catID=3&topicID=4 , or this link on Halon Fire Extinguishers http://www.madsci.org/posts/archives/2000-11/974329262.Ch.r.html (and while you are there take a look at the cheap fire extinguisher D – a bucket of sand (SiO2 – Silicon compound). Silicon isn’t there a large percentage of that in the 2 Billion pounds of WTC Dust? USGS report says the WTC ‘sand’ was on average 15% Silicon, 18% Calcium (Carbonate) http://pubs.usgs.gov/of/2001/ofr-01-0429/chem1/WTCchemistrytable.html, the Lioy report also gives a maximum percentage of 20% volatile compounds in the WTC dust and approximately 2% asbestos was also present. http://www.ehponline.org/members/2002/110p703-714lioy/lioy-full.html#resu

OXYGEN – The air we breathe is about 21 percent oxygen. fire only needs an atmosphere with at least 16 percent oxygen. http://www.ou.edu/oupd/fireprim.htm Again, note Anaerobic is without Oxygen = 0.0, None, Nada, Zero Oxygen in at least some parts of the ‘fire’. 16% Oxygen required for combustion, yet at least some areas (most likely scenario is the whole 5 acres was Anaerobic) of the underground ‘fire’ had Zero Oxygen. How does that work in basic physics? How does the ‘supposed fire’ like the WTC not only exist, but spread rapidly to 5 acres of land that was cool and is suddenly over 1000 degrees centigrade. Think about the mass involved that attains that heat in hours in ‘oxygen poor’ conditions. (Not 16% Oxygen the percentage that fails to support combustion, but 0% Oxygen in at least some areas of the ‘fire’.

Four separate inhibitors of combustion, sand, ‘oxygen poor’ atmosphere, ‘chlorine rich’ atmosphere, and a rich carbon dioxide/carbon monoxide were interacting in this supposed ‘fire’. Any one of these inhibitors of fire in sufficient quantities will completely extinguish fires. The new physics requires that values be referred to in ‘non numerical’ nonsense values – examples: Tritium value = ‘below human concern’, oxygen value = ‘poor’, chlorine value = ‘rich’ with no correlation to the proven requirements of combustion or the chemical reaction taking place in combustion. What were the combustible products of this fire? For the most part there was only concrete and steel left in the debris pile per picture evidence and eyewitness accounts. Where did the combustible debris go? There was less than 20% volatile products in the 2 Billion pounds of particle dust (a lot of material by mass), but this was dispersed in an 80% non combustible matrix..

New physics = Proven inhibitors of combustion interact to form ‘super’ ‘fire’ of incinerator/blast furnace caliber. According to the team, data indicates that the WTC plume “in many ways [resembles] those seen from municipal waste incinerators and high temperatures processes in coal-fired power plants.” (Reactions that require massive Oxygen to support the process) http://www.cooperativeresearch.org/entity.jsp?entity=thomas_cahill

The ‘new physics’ fire started 800 feet above ground and supposedly got to 800 degrees according to NIST with unlimited Oxygen supply. The ‘new physics’ fire falls 800 feet, through thick suffocating aerosolized sand and is dispersed over twice the original area with the residual temperature of the burning elements starting the ‘new’ ‘new physics’ fire in conditions that should extinguish fire, but somehow produces a 1500 degree ‘super fire’. It is highly unlikely there was any active flame after the fall from 800 feet through suffocating amounts of sand/dust.
The ‘old physics’ fire requires that the massive heat (far above 1500 degrees) was present in the debris which brought any combustible compound to the ‘kindling temperature’ which spontaneously ignited when exposed to Oxygen. Coincidently, (who could have figured) that is exactly what was observed whenever relief efforts removed structure (concrete/steel) that was inhibiting Oxygen flow to the super heated debris pile.

Update: Dioxin Definitely Present in Large Amounts at WTC. Chlorine + Heat = Dioxin. This is finally a proven possible alternate source for several of the cancers – breast, skin, probably a couple more applicable to this type exposure. http://www.acereport.org/cancer2.html Dioxin could account for some of the huge spectrum of cancers and it would be dependent on exposure amounts. (Our vets got massive doses in Vietnam and the government managed to hide that fairly easily.) But there are still many more cancers not explained by any single proven cause link except radiation.

“By September 14, three days after the initial World Trade Center collapse, efforts at fire suppression and heavy rainfall had extinguished the immediate surface fires. From then until roughly mid-December, the collapse piles continuously emitted an acrid smoke and fume in the smoldering phase of the event.” “The unprecedented levels of several metals in the very fine mode can be tied to liberation of those metals that are both present in elevated concentrations in the debris and have depressed volatility temperatures caused by the presence of organic materials and chlorine.”

“The presence of fuels, including diesel and electrical insulating oils and combustible materials in the WTC buildings, and lack of oxygen were two factors that allowed the fire to burn for over 3 months.” “The DRUM operated until Late December, after the last surface fires had been extinguished. (Cahill et al, 2004)”

“The mechanism proposed is then the formation of gasses in the oxygen-poor, chlorine rich collapse piles, emission through the rubble and conversion at or near the surface into oxidized forms and thus very fine particles.”

CONGRESSMAN NADLER: So that the EPA if it is dependent on the information for those sensors for its public pronouncements cannot say anything about the very fine particles?
DR. CAHILL: That’s correct.

MR. MICHELI: Well, I was going to get into the fact, that since everything — and you used the word before, which is one of the words I used to describe what happened, which is atomized. Basically when you walk around the pile and you see the pictures and if you are down there, you’ll see, some of the only remaining things is steel. You know, there is no shoe box, there is no carpet, there is no ceiling tiles or Gypsum wallboard or any actual pieces of concrete.

DR. LEVIN: I don’t believe that all of the fires are out. It is my understanding that there are occasional areas of smoldering that are identified, but certainly we’re not seeing the levels of combustion that was going on until somewhere in the order of mid-December.

At one point I had a conversation with an inspector at the Department of Health and asked him, “So what you’re telling me is that the EPA won’t test because they’ll know what they’re find?” And he said yes.

Is there an agency, Federal, State, or City which will test the indoor air in our apartments now?
CHIEF INVESTIGATOR KAUFMAN: Yes. The Environmental Protection Agency does it everywhere in the country but they have abandoned Lower Manhattan.
MS. PERILLO: That’s answer one.
CONGRESSMAN NADLER: The answer is no, there is not such an agency right now. There is an agency that ought to do it, that has the legal duty to do it, but that is right now refusing to do it.
CHIEF INVESTIGATOR KAUFMAN: Right.
CONGRESSMAN NADLER: And that’s the EPA.

It’s only going to take money. But the first step to do it is for the government and EPA do what they do everywhere else in the country except for Lower Manhattan, which is do the testing inside the homes, comply with the laws of the United States, and come up with remediation plans and safe levels for clean up.

Verifying the Source of WTC Tritium Levels that Are 55 Times “Background Levels” http://www.rense.com/general76/wtc.htm

Breakdown of the WTC Rain and Firehose Water – 4 Million Gallons of Dilution http://groups.yahoo.com/group/EdWard-MD/message/136

Ted Twietmeyer’s excellent article on EMP effects: What May Have Melted the WTC Vehicles. http://www.rense.com/general75/melt2.htm 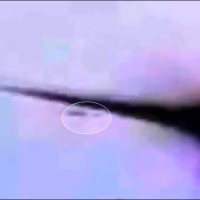